Sheikh Abdullah Sirr Dan al Jamal was a Sufi Master of the Naqshbandi Order. ‘Sheikh’ is a title of respect, with his name meaning ‘Slave of Allah – Knower of the Secrets of Beauty’.

Born to an aristocratic Scottish family, John Ross converted to Islam early in his life, to be later known as Sheikh Abdullah Sirr Dan al Jamal, a Naqshbandi Sufi Sheikh.

A remarkable man by anyone’s definition, for as well as being a Sufi Sheikh, he was a successful businessman, war hero, senior civil servant and patron of the arts.

He was given the best of English educations at Eton College and later at Cambridge University. At the age of seventeen, he enlisted at the beginning if the second world war in the Royal Air Force, flying a spitfire fighter plane throughout the duration of the ‘Battle of Britain’. After this he flew spitfires in North Africa, notably at the Battle of El-Alamain, and then he tipped V1 flying bombs of their deadly course towards England with the wings of his spitfire, whilst in flight.

After the war, Sheikh Abdullah studied at Cambridge University, which allowed him to research cures for bilharzia in Africa for the World Health Organisation. Whilst continually returning to the United Kingdom, Sheikh Abdullah developed a love for Africa and later became a senior civil servant in Rhodesia, responsible for establishing electricity networks throughout this region of Africa. Afterwards, he established private businesses in Rhodesia, before returning to England permanently.

Whilst refining his mastery of this world, he combined his natural spirituality with a sincere and concentrated study of Sufism, to become a Sheikh in the distinguished Naqshbandi Sufi Order.

Part of his uniqueness was, that whilst being a Sufi Master, he had a deep understanding of the ‘Western mind’ and Western mysticism. As Sufism was born in the East, this gave him the unique quality of being a master of the East and the West; of this world (the dunya) and the hereafter (the akhira) and of the two Sufi Wings – Islam (sharia) and The Sufi Way (tariqa).

Sheikh Abdullah gave talks and guidance to many students, with the majority of these being Westerners. Consequently, he has made a significant contribution to the emergence of Sufism in the West over the last 60 years. He was capable of leading a student to the centre of his or her being, if the student was ready.

He also loved the tradition of the Mevlevi Sufi order, founded by Mevlana Jalaluddin Rumi, which resulted in his training pupils in the ceremony of the Whirling Dervishes.

Sheikh Abdullah was living in Australia when he was reunited with his Creator in 2000. 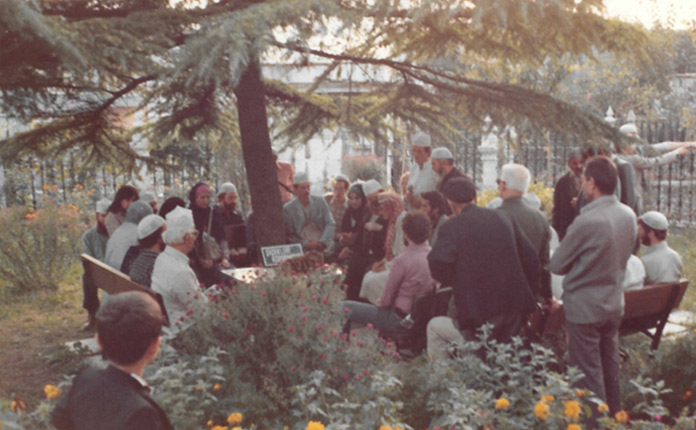 “Let this be a doorway to my presence so that your thoughts canbe with me and my thoughts, in turn, can be with you.”

Behold with awe the Majesty of the Name within this name,
And remember with each heartbeat to repeat it always with love
And true devotionThus ecstasy, in harmony with that state
Where all is absolutely still, will flood your being
To drown both time and distance with all your senses, in the Ocean of His Mercy
Where that Love which lies behind the Beauty of His Majesty
Is Truth and Truth alone. 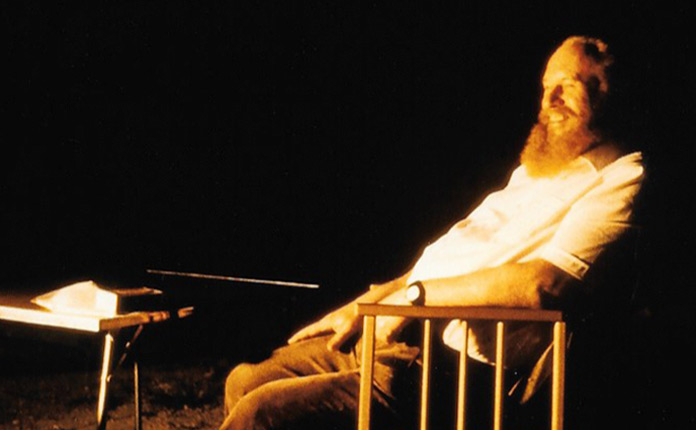